It looks that this will be quite a long series… The competition has just been closed with the total of 78 entries (jumped from 40 just yesterday) - overwhelming majority map based applications. And in the end only one major GIS company decided to participate which is quite a disappointment. It's not the little guys and galls that will make a difference. It is the big end of town that has the capacity and resources to manage the data on ongoing basis and that can bring technology and know-how to enable opening up of government volts of information. In the end, there was probably not enough "fresh carrot" in this contest to bring them aboard. So, let's review those institutional mushups first. Yesterday I finished with entries relating to bushfire information so I will continue with this theme.

Firelocator: map based application showing latest fire related information (satellite hotspots, Country Fire Authority and Rural Fire Services RSS feeds), some basic population stats and photos from Flickr. - built with Silverlight and Bing Map, and surely full GIS at the back end. The application was submitted by Pitney Bowes (formerly MapInfo Australia). Firelocator has a few nice features (like interactive filters for hotspots - based on "confidence" value - or for fire incidents based on type and status). However, there are also a few limitations which is rather disappointing considering that Firelocator carries "TechAmerica Innovator Award" logo. In particular, administrative boundaries overlay is not projected correctly - the further you zoom out the greater the discrepancy. Also, I never liked Bing's onmouseover auto pop-up feature but in case of this application it is frankly quite annoying as it makes map panning very difficult if the map is crowded with makers. Firelocator didn't work for me in FireFox at all (unlike the other Silverlight application I reviewed yesterday). 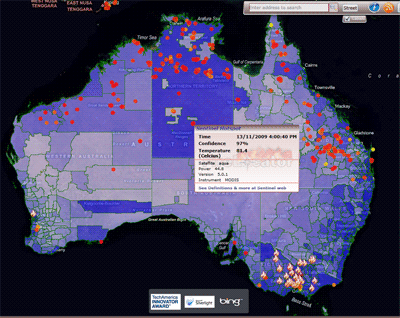 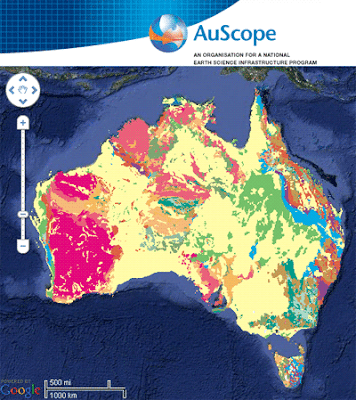 AuScope Portal: another institutional entry featuring information on Australia's mineral resources, mines and processing centres - built with Google Map and using OGC web services (WMS and WFS). Feels like fully featured online GIS but I found it a bit cumbersome to use (I had real difficulties in displaying and removing layers and especially managing order of layers for display). Great collection of geology related information though!


LocateMe: application submitted by Western Australia Landgate crew. It presents demographic profiles for areas of interest and lists government services available in the area. It uses Google Map as a background layer but is built with OpenLayers - it certainly does not behave like a real Google Map. Once again, the application is styled as a fully featured online GIS with traditional navigation tools - which makes it rather awkward to use (ie. no double click to zoom, no zoom slider tool, requires selection of buttons to either zoom in or out or pan). It could have been quite an interesting application if it wasn't for so many layers being restricted with a password. And I couldn't get demographic profiles to load at all. 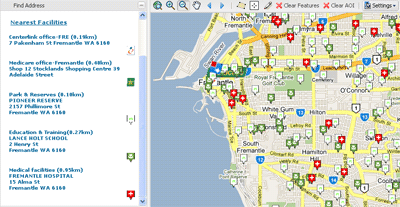 EasyData: new website released by the Department of Trade and Economic Development of South Australia that provides information on sixty social, environmental and economic indicators, and allows regional comparisons. It has a basic Flash map to enable users to navigate to area of interest and lots of graphs of statistical and economic information. It may be a bit too heavy for lower end computers though...

Data Aggregator: very slick and well built Google Map application that allows displaying almost all datasets released for MashupAustrlia competition, and more. Easy to navigate and certainly much easier to use than any of the above mentioned mapping mushups. Which is quite surprising since the application is using hierarchical and expandable layer selector, very similar to the other applications mentioned today. A unique feature of Data Aggregator is a couple of custom controls for changing display options for markers and vector overlays.

To be continued…
Posted by Unknown at 3:36 AM