A quote from the Australia Coastal Watch website reads: 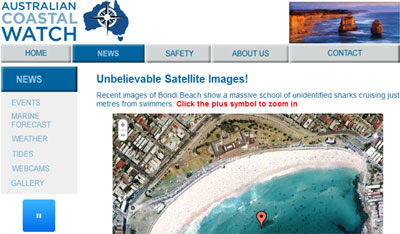 This is a fake of course but a very interesting example of a low cost viral marketing campaign for a TV program that plays on people’s fascination with “unusual things” captured on Google Map satellite imagery. I have spoiled the fun by describing what it is all about but the key point I want to make is that maps have such a wide range of potential applications - limited only to one’s imagination!