It REALLY Wasn't For Sale 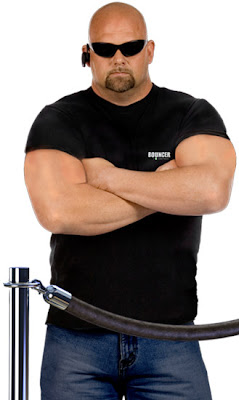 (If you're not sure what I'm talking about, check out the previous post)

So they said 'no' to my sweet husband and 2 year-old.  (Really, a 2 year old??)  Aside from the fact they said no, apparently it didn't go that well.

Dave (husband) approached a worker at the store & asked him if the bench was for sale.  He said he didn't know and directed him to the store manager-- the same guy I'd spoken with 8 months ago who said I might be able to have it if I brought money and a new bench...  Although I could tell he didn't really want me to.-  (Keep in mind this store operates for charity-purposes and all proceeds go to local Churches.)

He went up to the manager and asked him how much the bench was and the man said "It's not for sale," and turned his back on Dave and walked away before Dave could continue.

Of course Dave wasn't going to give up this easily after 8 months of waiting & planning,  with not even an explanation, knowing I was at home waiting like a little kid for the bench, so he slowly started following the guy with Christian in tow and waited while he talked wtih another customer.  When he caught the guy's eye again, he tried again,  "How much would you-"  and he was quickly cut off with, "It's not for sale," and the guy just turned his back on him again and walked away.  (Has it ever been your experience that you can feel the shift in a dialogue: to it not being about the issue at hand, but about a battle of wills? It comes to a point where it's about not giving in... Well, that's what it seems happened.)  I think at this point Dave gave up hope of getting the bench and was more into the fact that the guy was being rude.  (I mean really, would it hurt to have said, "I'm sorry, but it's not for sale.  We have a strange obsession with the bench here and can't part ways with it." ???)  So Dave didn't let things drop and followed the guy again.  (awkward!)  "I'd really like to buy this bench, could you tell me why it isn't for sale?"  This time the man got really mad.  "You're a grown man, the bench is not for sale," and he turned and stalked away again.

(ok and I really  have to laugh here, although Dave wasn't laughing when he came home yesterday.)  He's really not a confrontational person,  but he followed him AGAIN.  really?  YES.  And this time the guy asked him to leave the store because the bench wasn 't for sale.  Oh boy.  And then Dave told him he'd never been treated so rudely by someone at a store, especially store that operated for Charity and that he'd be telling everyone he knew about his experience.  The guy directed him to the vice president  of the store.

The vice president apologized for the guy's behavior and was really nice & simply explained that they couldn't sell the bench because people sat on it when they browsed for books in the store.  Dave told him the story of wanting the bench for his wife and offered money (a lot of it) and a new bench but he still said 'no,' although was nice about it.  So the bench was a no-go and Dave left.  The worst part is that I don't really feel comfortable going back there.

Dave went in there trying to do something really sweet and was treated pretty rudely.  If the guy had been polite about it, I would have no issue here.  (It's so odd, but like I mentioned in the previous post, there's something about that bench!  Remember how I'd asked the woman if it was for sale and she sat down on it?? hahahahah)  Anyway, I LOVE thrift stores and this one is SO close to home, but that guy is always there.  Clearly he won't know it was my husband who followed him around the store asking why the bench wasn't for sale,  but I'll know it's him.  I like to LIKE the people I spend money with.  Although the place does operate for charity, so maybe I just need to think of it that way and forget about the grumpy dude.  ??  The thing is, I know he was a nice guy who had a quick switch.  I remember speaking to him 8 months ago, and feeling like I knew I couldn't push him too hard about the bench or he'd get upset and it would be a 'no.'  (Which was why I'd waited so long to go back because I didn't want to mess up my chances. ha!  Like I said, they were obsessed with the bench too.)  But anyway, it's just so odd.  He could have just politely said that it wasn't for sale (without turning immediately to walk away) and let Dave ask him why.  He could have then explained that when the store shuts down every night they dance around it holding hands singing Kumbaya...hee hee ok... I'll stop..   so that's about it! :)  I couldn't write yesterday because we left as soon as Dave got home to go search for coffee tables and didn't get home until late.

But we GOT one!!!  For only $188!!!  (BHG said we could attampt to rent one for a percentage but not all of the stores we found would do that so we bought one insrtead.)  It's a gorgeous slightly damaged table from Restoration hardware that doesn't quite work in our space.  I'm going to have to tweak it a bit.  Dave had really good luck because the original price was $995 and this time the guy at the store actually LIKED him so he kept taking discounts off of it for various reasons until it hit $188.-- I was in the car feeding Justin and about to give up on our long search, so Dave ran into the RH outlet to see what they had & texted me pics and prices.)   I'm thrilled with it and of course it works so much better than the beloved bench and it will be so much cheaper!!  (The tufted bench needed to be reupholstered.)  We're working on the table today so it'll be Monday's Organizational Project.  (The term "organizational" is now being used fairly loosely to mean anything that needs to happen around the house that makes it better :)

ps-  I'm sure I will go back to the thrift store but not until I feel more comfortable (i.e. less mad at the dude) shopping there. I'm thinking of dropping off some donations??  ;) ;)
Posted by Unknown at 5:58 AM