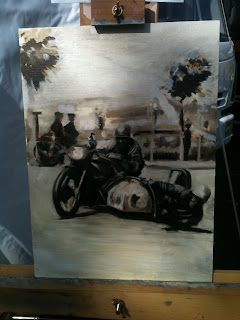 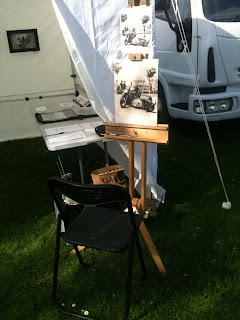 My home for the day.
For it's first year the Prescott Bike festival turned out to be quite an event, with bikes old and new out in force to run up the hill in front of a crowd of a good few thousand! The highlights for me were as always the older bikes, especially the collection that was bought down by the Brooklands Museum not only were they on display they were also running them up the hill too! Here is a selection of my personal highlights: 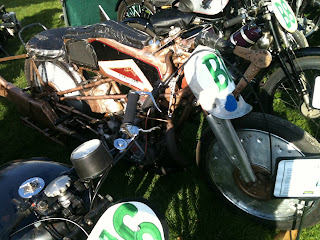 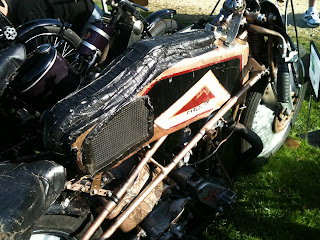 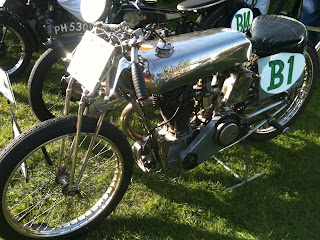 "Boy" Tubb Grindlay-Perrless
498cc J.A.P.
1929
The Brooklands Museum is a very important place in motoring history and I encourage you to become a Brooklands Trust Member. It's £30 a year and you get free access to the museum as well as discounts on events. More information can be found here:
http://www.brooklandsmuseum.com/
More Great Machines 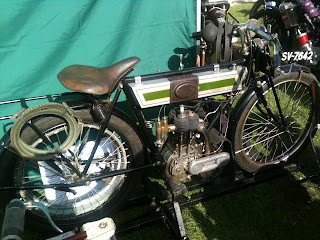 1908 Triumph (Belt Drive)
This also incredibly was running up the hill. The owner was keen to show me the bike when he saw my watercolour piece depicting the same bike. So much so that he wheeled it round to my stall so I could have a look. No clutch on this one a running start is needed to get it going, must be great fun to ride. One day I tell myself one day. 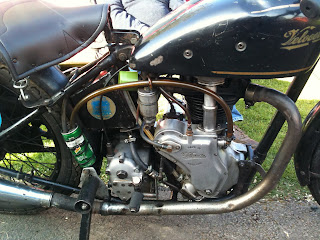 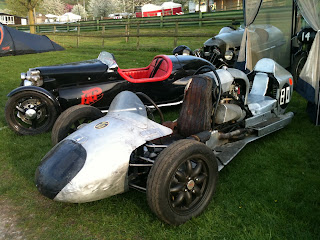 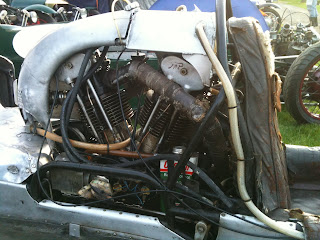 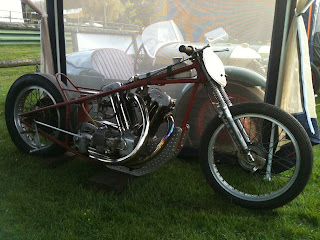 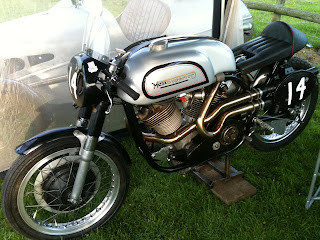 Manx Superior (Manx Bike with Brough Superior Engine)
Posted by Unknown at 3:34 AM