One of well hidden gems on aus-emaps.com is a Thematic Reports Series page which contains a number of free PDF publications for download. Thematic Reports downloads page was developed as an experiment to test user sign-up and file download functionality. It might as well be put to some good use now allowing controlled access to a collection of PDF maps and data files from aus-emaps.com. So, I have just added to the list several PDF maps of postal areas covering capital cities of Australia. These maps show Census 2006 version of boundaries – still relevant for use with official ABS statistics, until the latest Census data is released (sometime in July 2012). 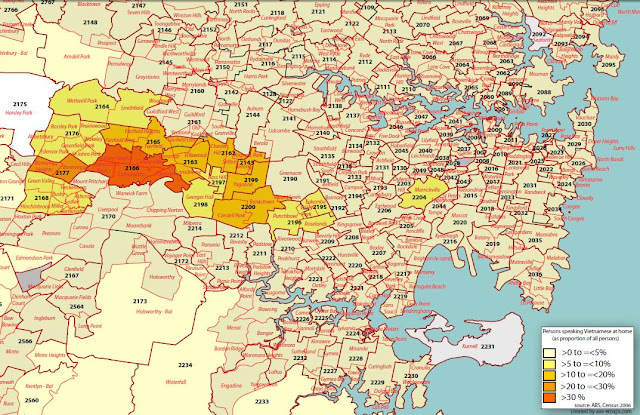 [Persons speaking Vietnamese at home, as proportion of all persons. Source: ABS] 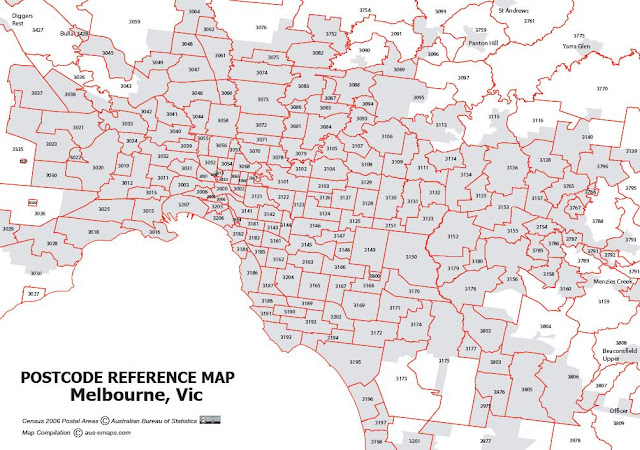