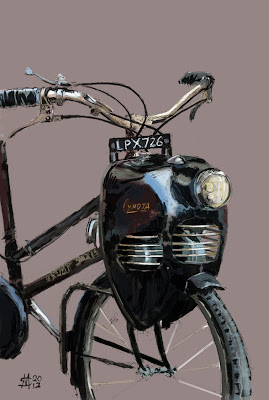 The Cymota
(digitally painted ink sketch)
Well when Mr Nick Taylor my next door neighbour came home with a smile on his face I instantly wondered what crazy contraption he had bought now. My hunch was right and he had succeeded in buying the worst in two wheeled transport the Cymota. Nick describes it as "a thing of Beauty." and I can't agree more. 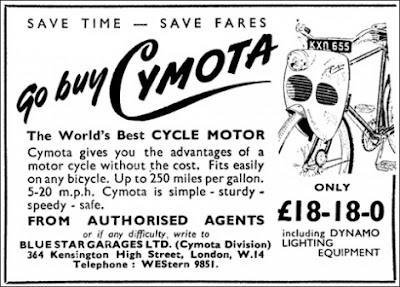 Advertised as “The sensation of the nation” the Cymota was a copy of the VeloSoleX 650 (45cc, 0.3 hp) and was made by Cymota Motor Components Ltd at Leamington Road, Erdington, Birmingham, UK, between 1950 and 1952. Only about 200 Cymota units were sold.
The engine was covered by a sheet-metal cowling with a 1.7 litre fuel tank is mounted above the engine. A Miller magneto ignition was fitted to replace the French SEV version and an Amal 308/12 (12 mm) carburettor fitted to replace the French version. 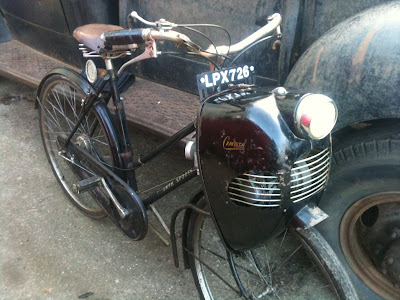 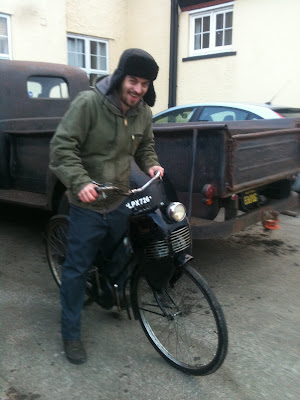 Well I couldn't just sketch it could I... 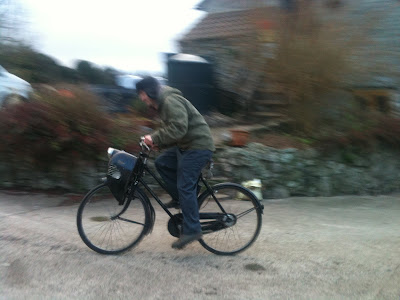 Don't let the blur on the photograph fool you I'm not really going that fast.
Posted by Unknown at 9:19 AM