On a very windy and rainy day I visited Washingpool Farm at Easter Compton, on the day before Bristol Mini Day. There were still a fair few minis there as there was a run that afternoon. 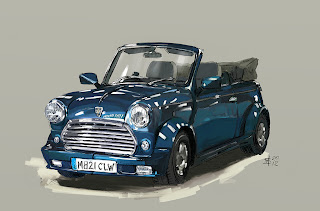 Mini Cabriolet
(digitally painted ink sketch)
The Rover Mini Cabriolet was in production for 3 years, (1993-1996) and during this time only 1081 cars were built. They were all assembled by hand and were available in 3 colours (originally only 2 were available). These were Rover Caribbean Blue with grey hood and silver coachlines and Rover Nightfire Red with red hood and gold coachlines. During 1995, Rover British Racing Green with green hood and gold coachlines became available. Although 1081 were made, a small amount of these are still on British roads. Most have been exported to America or have been broken for spares, and a minority of those left in Britain are still in original condition. 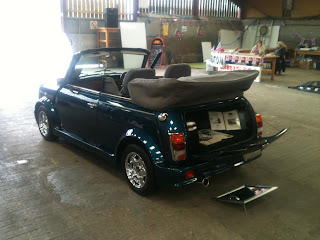 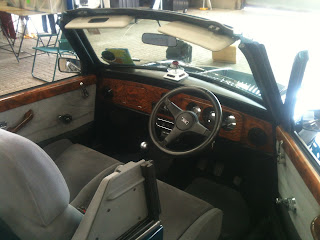 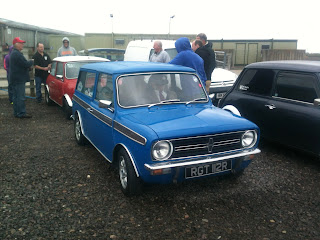 Clubman with mister bean in the passenger seat 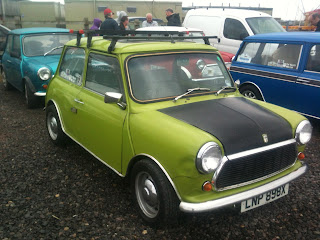 Shouldn't he have been in this one? 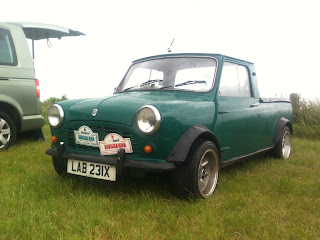 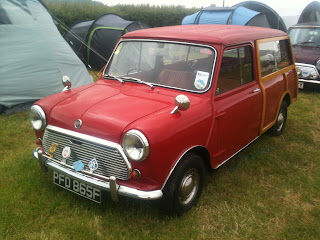 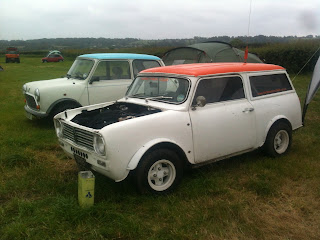 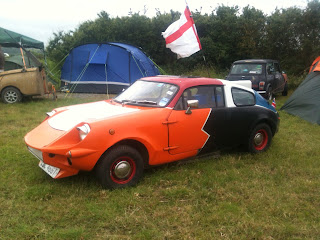 Mini Macros with what was described by the owner as an international colour scheme.
On the other extreme was this Daihatsu 4x4 with a mini body. 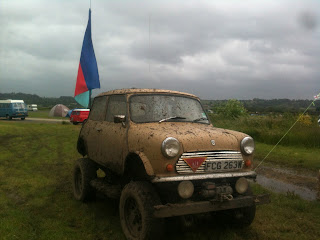 As you can see he had some fun with the local 4x4 club who were enjoying the weather. 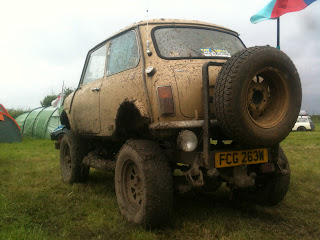 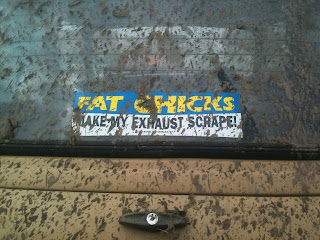 Bumper sticker says it all.
Posted by Unknown at 8:49 AM