Dodging the raindrops I travelled to Shakespeare County Raceway, Avon Park, Long Marston.. whatever you prefer to call it (it seems to depend on how long you have attended meetings at the track), for the NSRA Nostalgia Nationals. Even though clashing events meant attendance was down a bit it was a great weekend with cars and bikes galore, sprinting down this historic drag strip. There are plenty more great evens happening at the  Shakespeare County Raceway in the upcoming months, including the Bulldog Bash and the NSRA Hot Rod Drags. I'd urge you to go to at least one and support this great Drag Strip, for more information please visit their website:

As well as getting up to the usual sketching business I displayed work alongside the Raygun Industries folks, thanks to Tim and Paul for supporting all the artists on display. For more info on Raygun please visit their site, and I'd strongly advise buying a copy of their Raydar Magazine well worth the money. 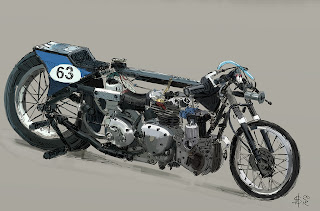 (digitally painted ink sketch)
First sketch of the weekend was this bargain of a sprint bike. The new owner had only just bought it for £1500 and it ran straight away. Apparently it hadn't been out of a shed for a while but there were no issues with it. Whilst sketching it the scrutineers actually said it was fine to run. 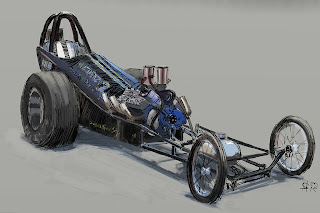 (digitally painted ink sketch)
The second incarnation of this nostalgia slingshot, the tow car is a Chevy pickup with a great patina. 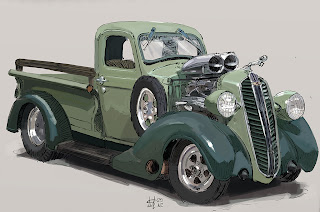 (digitally painted ink sketch)
Well I couldn't leave without sketching this great pick up from www.devonhotrodz.co.uk 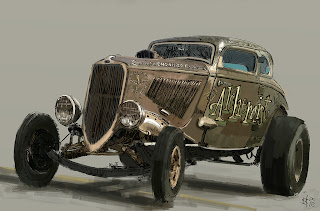 (digitally painted ink sketch)
Ever since seeing this incredible gasser in the May issue of Custom Car I've been hoping this would cross my path this year. There is so much attention to detail in this build, it was a joy to sketch. 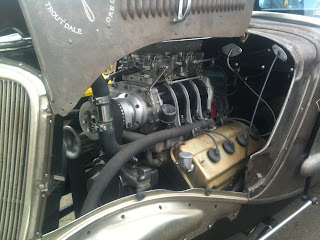 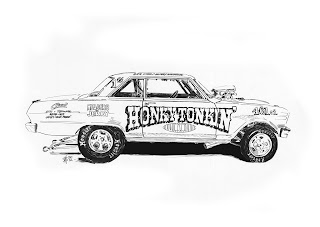 (ink sketch)
I did this sketch based on an image in Custom Car before the event. Honky Tonkin II is an incredible gasser, immaculately kept and the quickest car in the Gasser Circus. Lee and Jerry have done such a great job on this car, and the performance really reflects the time and money these guys have put into it. 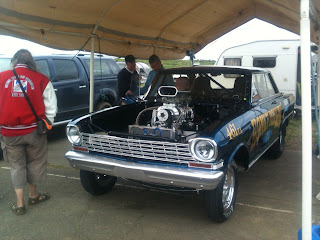 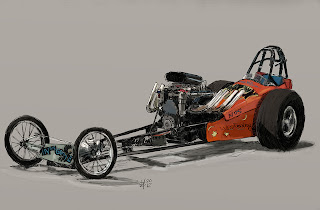 (digitally painted ink sketch)
I featured this in last years 1000 Bikes report as I came across this great slingshot at a service station on the way home. At last I had some time to sketch it, well almost as it had to go off for a run.

Here's a selection of the vehicles that attended, the camping field was just as interesting (if not a bit soggier) than the pits. 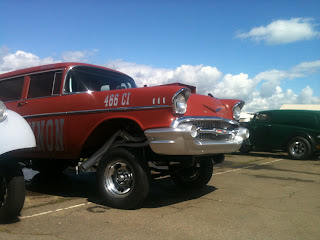 Lou's Cannon, Chevy Suburban Gasser
If it hadn't been raining so much on the Sunday this Gasser would have been next up. 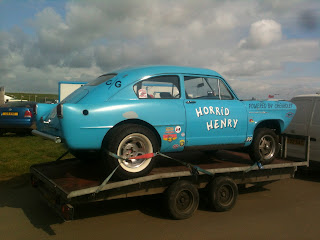 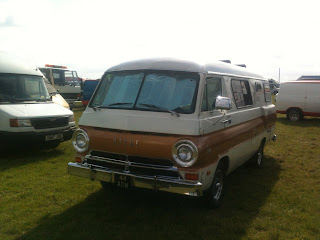 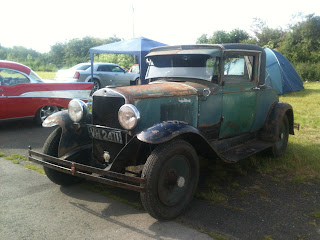 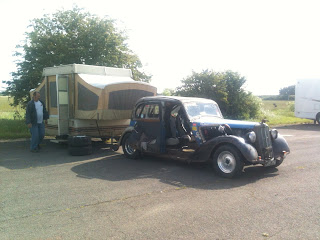 Well that's one way to tow a caravan. 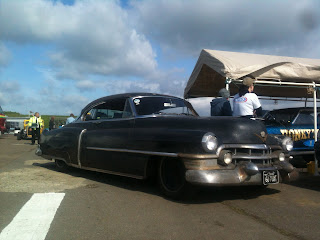 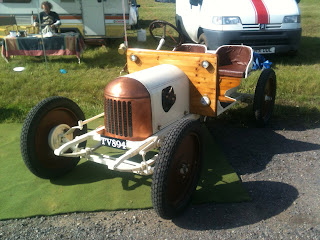 I think this was powered by a water cooled JAP V Twin. 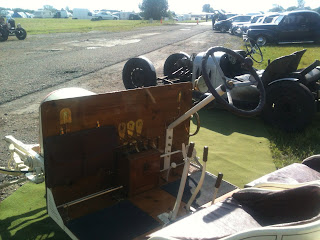 A great dash too. 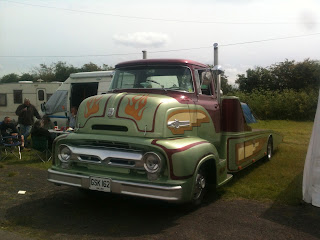 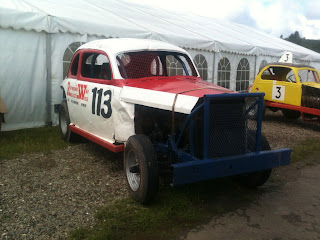 A monster of a heritage stock car. 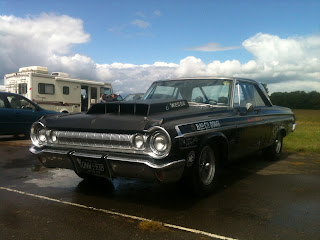 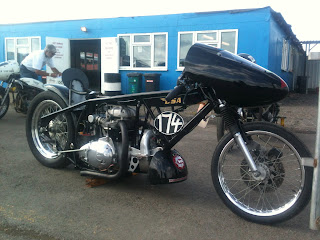 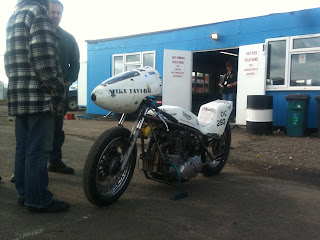 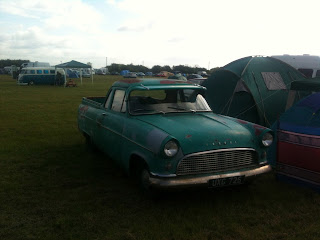 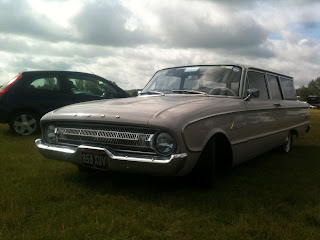 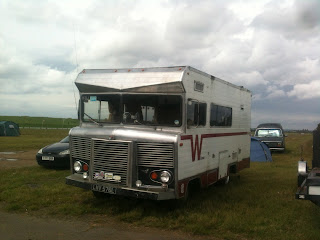 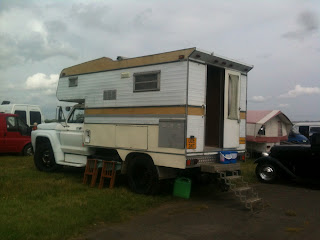