After having such a great time at the Gloucester Steam Extravaganza last year I decided that I had to go back, this time I took the family for an outing
and fitted in a couple of sketches too: 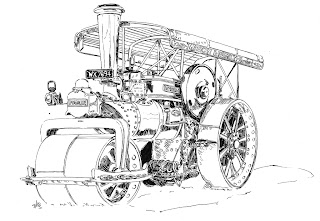 (ink sketch)
This commission was booked earlier in the year at the Tractor World show and I had been looking forward to it very much. When I met Ian on the rally field he offered to take my sketching bag and let me steer the roller to a better spot to sketch it. My jaw hit the floor and I instantly climbed on board. It was a great experience both sketching the roller (5 hours) and meeting the Mason family who were so generous with letting not only myself but my wife and son have a go on the roller. 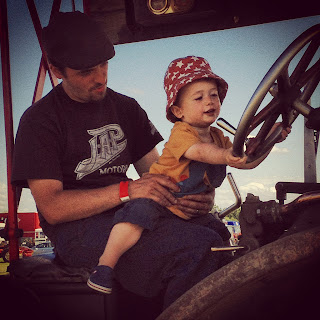 Now for a bit of history, Founded by John Fowler an agricultural engineer and inventor, Fowlers was a leeds based manufacturer of steam engines. John Fowler is credited with the invention of steam-driven ploughing engines. On 4 December 1864 John died following a hunting accident. After his death, John Fowler & Co., was then continued by Robert Fowler and Robert Eddison. In 1886 the limited company of John Fowler & Co., (Leeds) Ltd., was formed. It merged with Marshall, Sons & Co., Ltd., of Gainsborough in 1947 to form Marshall-Fowler Ltd.
This particular Fowler roller started work for West Riding County Council Yorkshire in 1931, it then moved to Corfields, Abermule, Wales. After finishing working in Abermule in 1963 it was sold to Liz Mason of Newport Wales. Ray Mathews of Muchwenlock then owned it for 19 years. The Roller gained it's name Patricia B from Ray's late wife. Ian bought it from Ray, Ian and his son Lewis have now owned the engine for about 2 years. 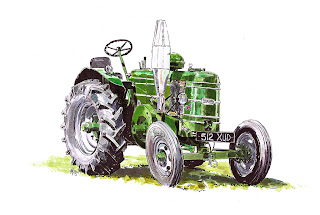 (ink and watercolour)
This Field Marshal has been lovingly restored over 2 years by Gordon Bedwell and his father. The tractor worked on the same farm all its life until 1968 when it was put in a hedge and left. The tractor was in a pretty bad state after being left outside for so long, many people would have used it for spares or left it alone. However Gordon and his father had a good reason to bring it back to life as it was driven by Gordons Grandfather for the majority of it's life and so this restoration is a fitting tribute to him. 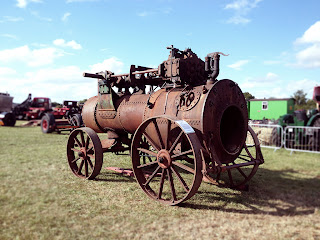 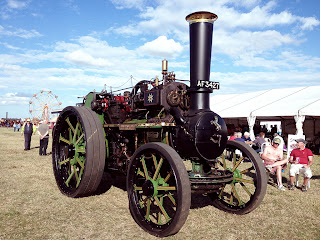 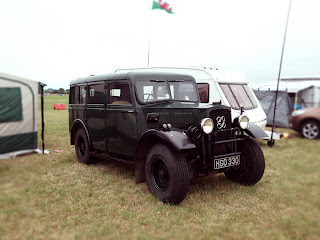 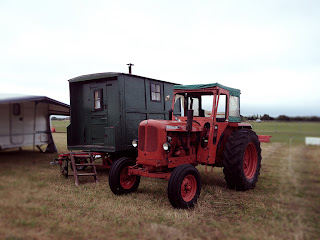 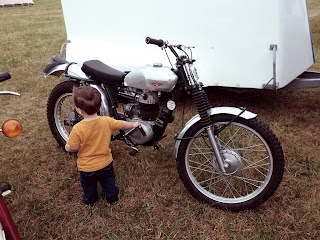 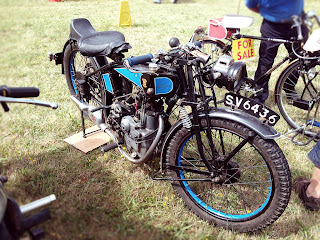 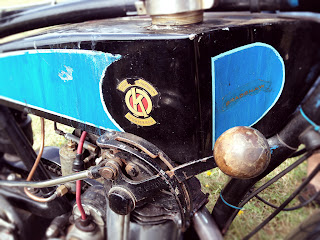 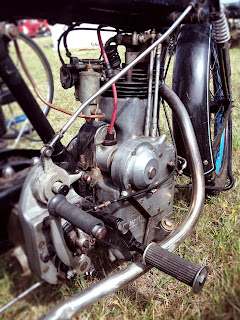 I think this is a oil cooled engine... 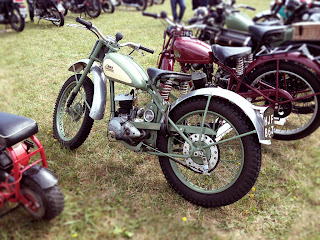 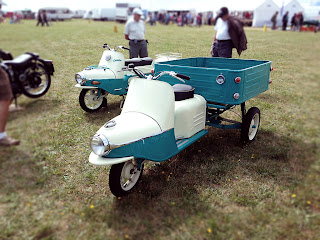 An interesting duo of CZ scooters 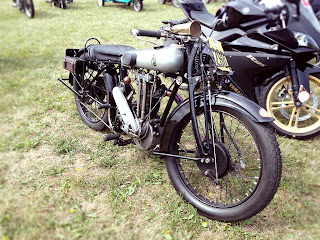 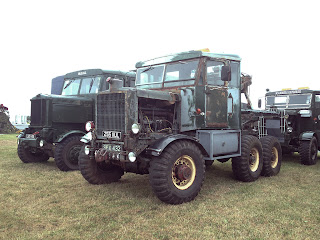 Lovely Scammell mid restoration, it was quite a sight seeing this in the Tesco car park! 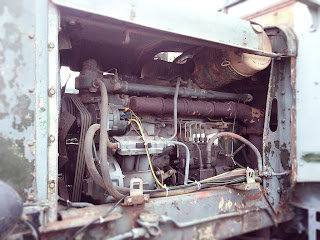 Great Bus line up as usual 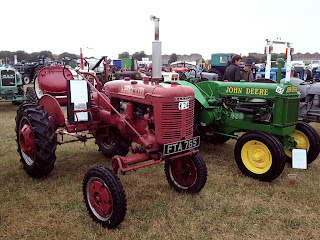 Two tractors that I'd love to own side by side.
Farmall Cub and a John Deere BR
Posted by Unknown at 4:57 AM