I've always enjoyed sketching microcars whenever I get the opportunity and this was an opportunity not to miss.. a whole field full of microcars. Run by the National Microcar Rally Committee on behalf of all the Microcar clubs, and takes place over several days, where like minded micro owners meet up and have runs out to various locations during the days leading up to a static display on the final day that is open to the public, and so I went along to sketch these fascinating and unusual cars in the Malvern hills. The most interesting of the cars on display all seemed to belong to the Register of Unusual Microcars, otherwise know as RUMCar. 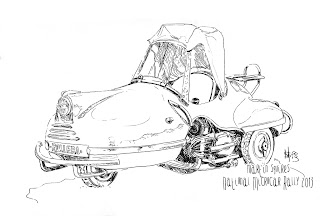 (ink sketch)
Designed by Egon Brutsch the Rollera is one of the smallest microcars ever made, the size up from the worlds smallest microcar the Brutsch Mopetta. Brutsch was apparently a genuine con artist who travelled around convincing people to build his designs and then never paying them. After a few unsuccessful car designs he went on to design segmented houses also made from fibreglass: 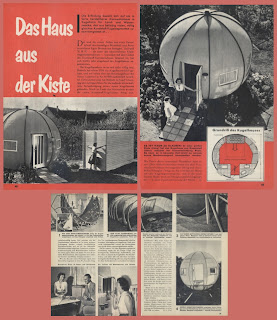 (photo found on www.rollermobilclub.ch)
This Rollera is one of only 4 known in existence and was bought via a small ads article in a French motoring paper, with no photo. Upon arriving in Pau in southern France to see the Rollera the current owner found that the seller had bought 4 of these cars in the 70s hoping to make his fortune. After not selling a single car he scrapped 3 of the 4 and kept one to remind him of his mistake. 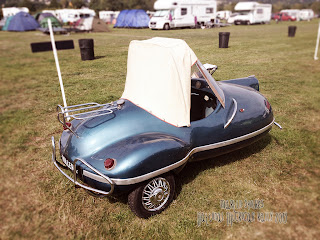 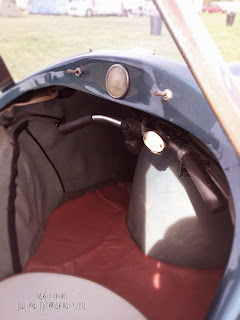 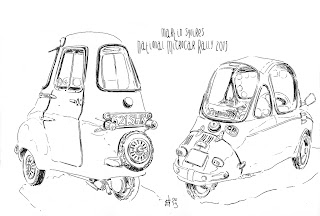 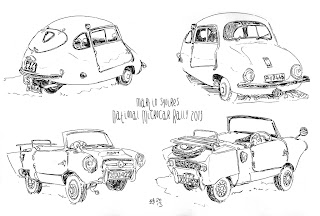 (ink sketch)
In order to catch two of my favourite cars of the show before the day was through I decided to go small by dividing an A4 page in 4. This was great fun and I learn a lot from doing these as each sketch took about 15 min tops. Now for the geeky stuff....
The Fuldamobil was produced in the NWF factory in Germany between 1950 and 1959. Several versions of the car were made and the design was also licenced out to various countries including the  UK, Holland, Norway, Sweden, Greece, India, Chile, South Africa and Argentena where a pickup verison was made. The S4 has a neat trick where the seat folds down into a double bed, unfortunately once the bed is down you cannot access the door handles to get out.
The Frisky was made in Wolverhampton between 1958 and 1961. The car was originally conceived by racing driver Captain Raymond Flower. After many attempts to sell the idea Henry Meadows took on the concept and worked on a prototpe called the Bug in 1956 and from there the Frisky was born. This particular model the Frisky Sport runs a Villiers 3T twin 2 stroke. The Frisky Register was set up in 1978 to support owners of the cars. 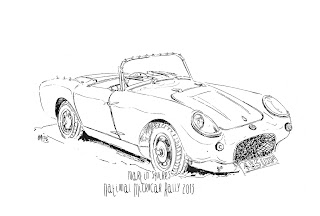 (ink sketch)
Built by the Caravan manufacturer of the same name and designed by Laurence Bond the Berkeley was a great seller back in the 50s, but the cars were only manufactured for 4 years. The body is fibreglass and the engines were motorcycle engines. This model in particular runs a British Anzani twin 322cc 2 stroke. 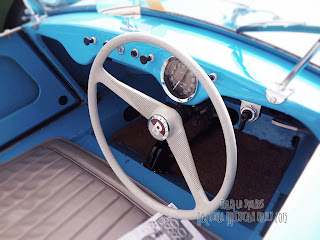 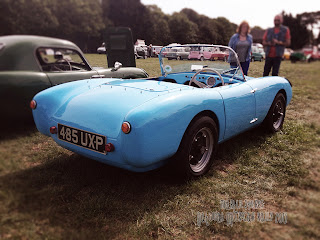 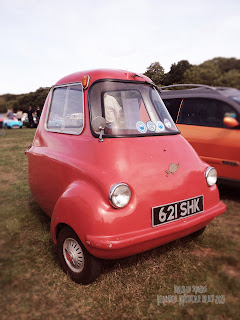 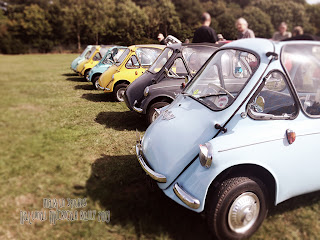 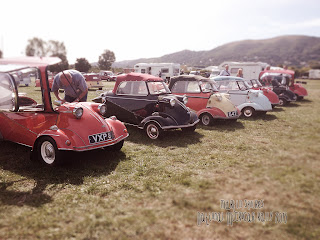 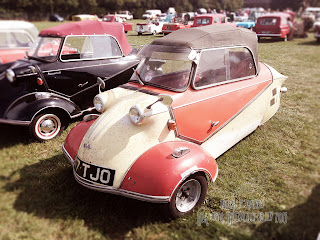 Lovely patina on this one. 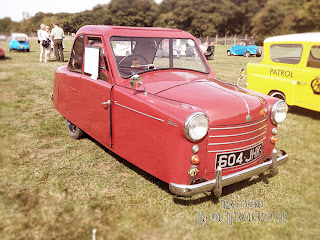 AC Petite
(One of 17 known in the world) 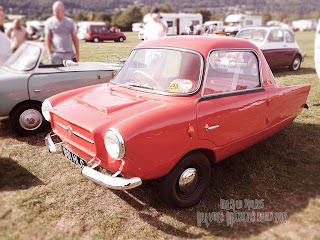 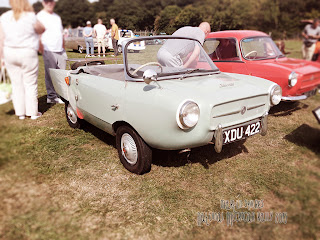 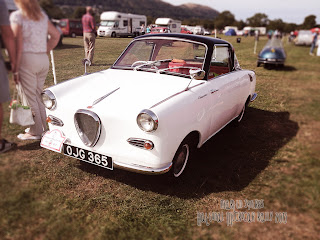 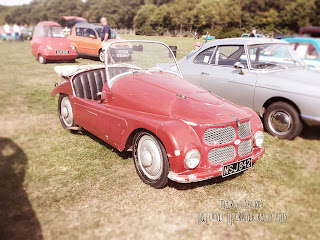 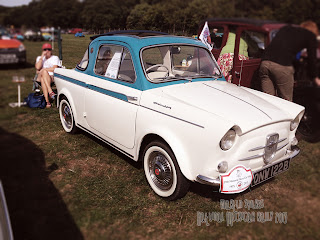 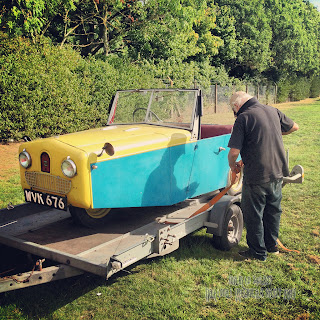 Nick and the Gorgeous Gordon
(1 of 6 known) 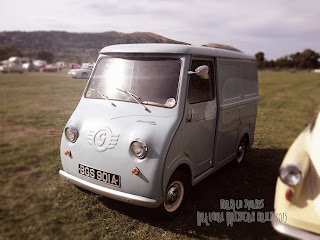 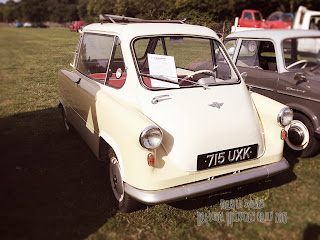 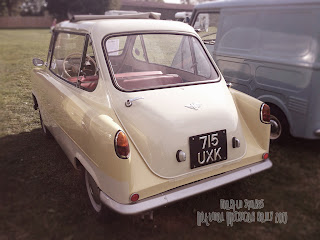 Originally used as an ice cream van in Germany!
Posted by Unknown at 4:20 AM