Stafford Comes but twice a year and it's always a great opportunity to catch up with people that I have met at shows past. I also got some sketching in too... 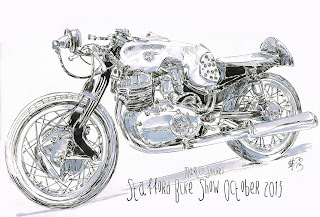 (ink sketch)
Well I couldn't let this one get away. NSU only made 6 of these GP bikes and this one is sporting a factory fitted 250cc engine rather than the standard 125cc. The Original 125 engine was taken from this bike to power the Baumm II which took world records in 1956, one of them stood at 150.3mph. 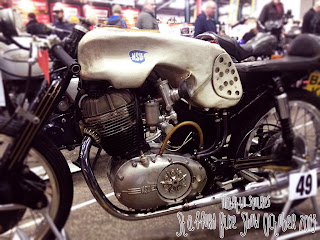 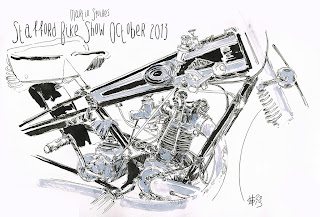 (ink sketch)
I'm a sucker for a Blackburne engine and the triangulated frame of a Cotton always looks dynamic. Apparently this machine is good for 70mph not bad for a 90 year old machine. 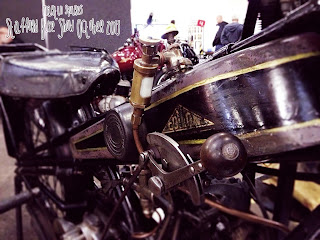 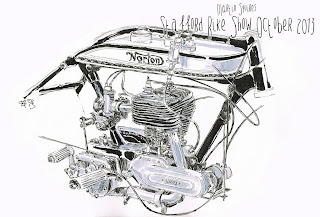 (ink sketch)
Norton Flat tanks always look good and this is a particularly early example, plus it was the only bike on the Vintage and Veteran Stand that I hadn't sketched. 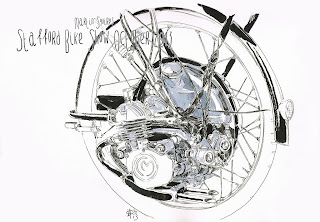 (ink sketch)
I alway look forward to seeing what the NACC (National Autocycle and Cyclemotor Club) bring to the Stafford show and this year they didn't disappoint. I had to look twice when looking at this machine as it has two engines instead of the usual one hidden away within the specially adapted bycycle hub. Apparently the owner and builder of this wonderful machine got fed up of having to push it up hills. The Cylinders are opposed which apparently makes it sound good but if they worked in unison they would probably produce a bit more poke. 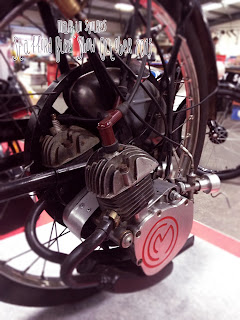 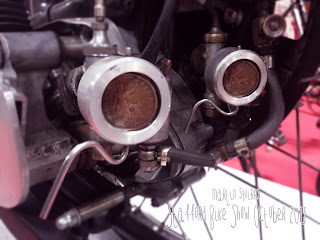 Bespoke chokes made from matching ha'pennys by dates 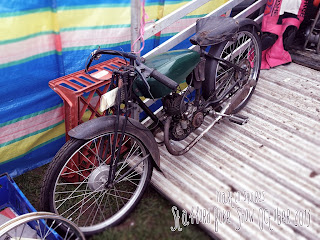 1937 Motorconfort
If I had the cash I would have snapped this up. 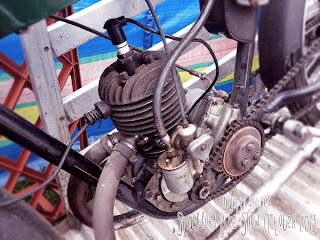 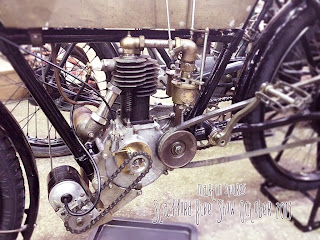 Zedel engine on the 1904 Peugeot on the Vin & Vet Stand 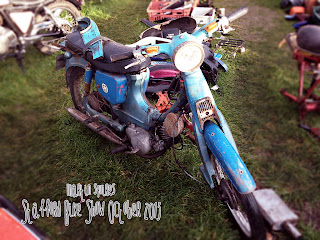 Yamaha Scooter in the Autojumble 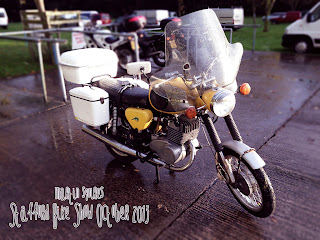 Something about this CMZ... 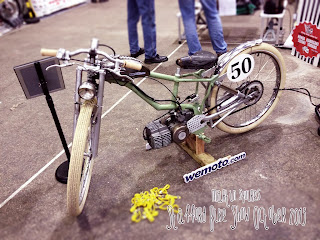 Wemoto's Coccinella TT50 Mk1
Built from a combination of bycycle and moped bits this was a great little build. 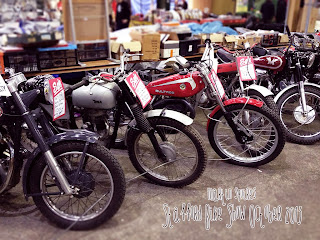 Great lineup of trials bikes in the jumble 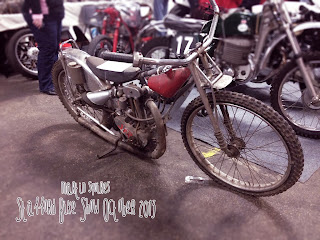 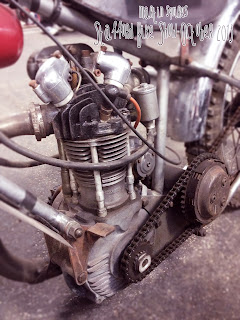